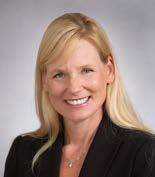 Dr. Gustafsson is interested in understanding the molecular pathways that regulate the life and death of cardiac myocytes.  The occurrence of cardiovascular disease increases with advancing age and intrinsic alterations in aging cardiac myocytes are a major contributor to the underlying pathogenesis. In particular, a decline in mitochondrial function is considered to play a key role in the increased susceptibility to disease. In the heart, the primary function of mitochondria is to meet the high energy demand of the beating myocytes by providing ATP through oxidative phosphorylation. Mitochondrial dysfunction and activa­tion of cell death pathways are common occurrences in cardiovascular disease and contributes to the development of heart failure. Dr. Gustafsson uses genetic, cell and molecular biology approaches, mouse models, and cutting-edge 2D/3D imaging techniques to study the signaling pathways involved in regulating mitochondrial structure, function, and turnover in cells and heart. Specifically, Dr. Gustafsson's research is examining how the E3 ubiquitin ligase Parkin regulates removal of dysfunctional mitochondria in cells; and b) determining the molecular mechanisms by which BCL-2 family proteins regulate mitochondrial function, morphology and turnover in cells.