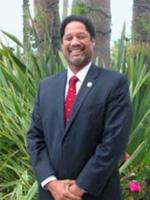 Dr. Schell has practiced in a wide variety of acute care hospital, managed care and regulatory compliance environments. His clinical expertise is in pediatric pharmacy where in previous positions has practiced in the pediatric intensive care unit and other areas at the Rady Children's Hospital in San Diego. In addition, he has practiced in managed care settings as a Clinical Operations Manager at the Kaiser Permanente San Diego Services Area. In this role he oversaw the ambulatory clinical pharmacy services which included, the anticoagulation service, pediatric hematology/oncology clinic, and pharmacists who practiced in the HIV, Renal, Cholesterol, Hypertension and Investigational Drugs Clinics.

Dr. Schell has additional experience in Regulatory Compliance operations having served as a Senior Manager for compliance at Kaiser Permanente and as Vice President of Quality Assurance and Compliance and Chief Privacy Officer at Prescriptions Solutions, a United Healthcare company. He is currently serving as Pharmacist in Chief at Rady Children's Hospital, San Diego. Dr. Schell has also been involved throughout his entire career in educating Pharmacists in training. He created one of the first Pediatric electives in San Diego for pharmacy students enrolled at UCSF School of Pharmacy at the Children's Hospital in Kearny Mesa. At Kaiser Permanente, Ken served as Residency Coordinator for the San Diego Services area. He is also actively involved in mentoring students and providing insights to undergraduates at the UCSD campus though the Health Sciences Mentoring Program.

California State Board of Pharmacy